From Advent of Ascension Wiki
(Redirected from Minigame Guides)
Jump to: navigation, search 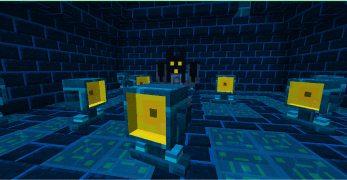 A Rune Templar minigame in progress.

Minigames are small events that the player can choose to play.

There are currently 3 types of minigames that exist in the game.

Each minigame has different ways to play it. If the player wins a minigame, they will receive special rewards. 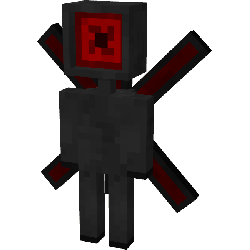 The Exoid minigame is a minigame playable in the Vox Ponds.

To play this minigame the player has to use an Apoco Stone on an Exoid Station. In normal play this can be found on the Exoid Platforms in the Vox Ponds. Upon using the Apoco Stone, it will be consumed and an Exoid will spawn in.

Upon defeating the fifth and final Exoid, it will drop the following items. Note that Exoids before the fifth one have the ability to drop Copper Coins.

The Rune Templar Minigame is a minigame from the Lands of Runandor.

To play this minigame, the player has to locate a Rune Templar. In normal play, they can be found in their underground Runic Rooms in Runandor. There are four color variants of this minigame: Red, Blue, Yellow and Green. Depending on the color of the minigame dictates the individual components of the minigame.

When activated, the Rune Templar mob will have full health and will gradually start losing it. A Rune Templar has 400 (

The color of the Runic Lifeform determines its abilities.

Once its health reaches zero, the Rune Templar will deactivate and drop the reward.

The rewards for this minigame are:

A gold-collecting minigame exists in rooms 2 and 6 of Immortallis. The objective of this minigame is to collect gold and deposit it into the gold accumulators.

To play this minigame, the player must defeat Goldums/Goldus' and obtain the Impure Gold/Pure Gold from them respectively, and deposit the gold in the Gold Accumulator/Pure Gold Accumulator (depositing can be done by using the gold on the accumulator). The player can only have one gold on them at a time, attempting to collect more will not work until the player has deposited the original gold. The player must deposit 5 gold in order to beat the minigame and progress to the next room. The amount of gold having already been deposited is kept track in the Pluton tribute bar.

A mob-fighting minigame exists in rooms 4 and 8 of Immortallis. The objective of this minigame is to defeat 25 mobs.

To play this minigame, the player must simply defeat 25 mobs provided in the room. In the 4th room, these include Skelekytes and Skeledons, while in the 8th room these include Urvs, Ghastus', and Visages. Once 25 are defeated, the player will unlock the way to the next room. The amount of mobs having already been defeated is kept track in Erebon's tribute bar.