From Advent of Ascension Wiki
(Redirected from Dustopia Realmstone)
Jump to: navigation, search 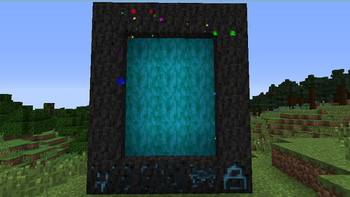 The Ancient Teleporter is the portal structure the player must build in order to travel to different dimensions in Advent of Ascension. All dimensions are accessible via the teleporter, including The Nether.

To access the dimensions in the mod, the player has to create a portal (pictured right). 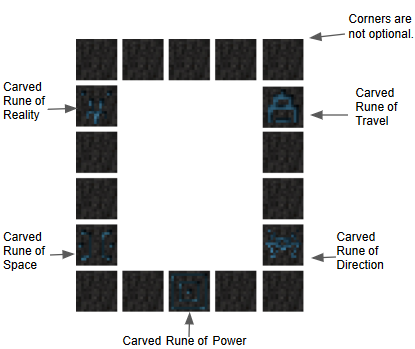